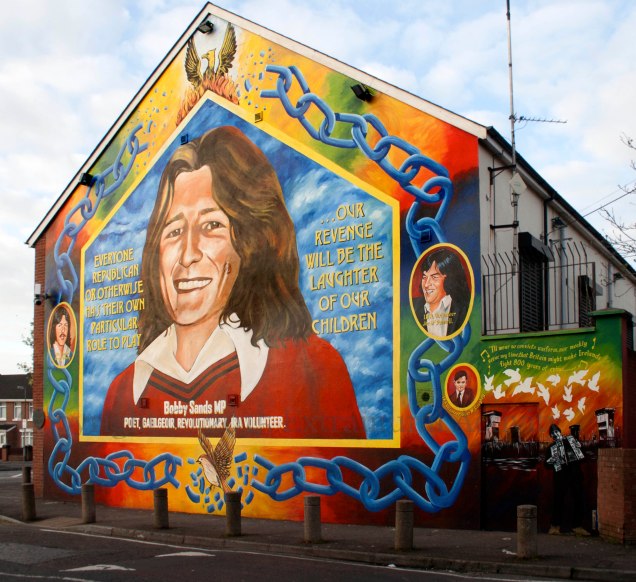 The Bobby Sands mural in Sevastopol Street has been given a facelift, including the blocking-up of a vent on Sands’s left cheek. Kieran Doherty and Joe McDonnell have been added in place of the 1798 medallions on each side. On the side-wall are Sean McCaughey, ten doves representing the 1981 hunger-strikers, and Long Kesh. Aerosol‘s accordion-player paste-up has been also been retained.
Click and click again to enlarge (to full size)
Copyright © 2015 Extramural Activity
Camera Settings: f8, 1/250, ISO 400, full size 2828 x 2592 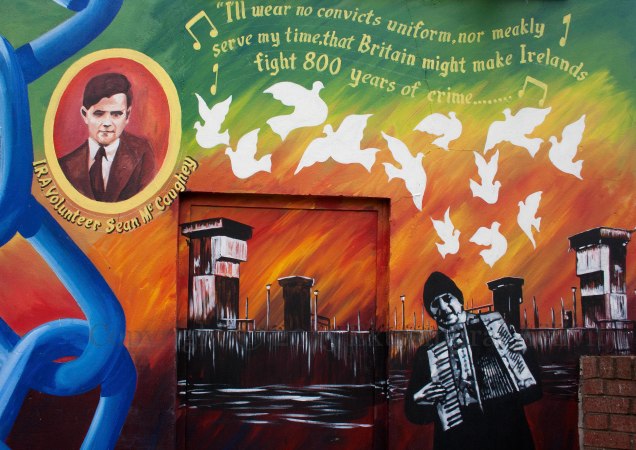 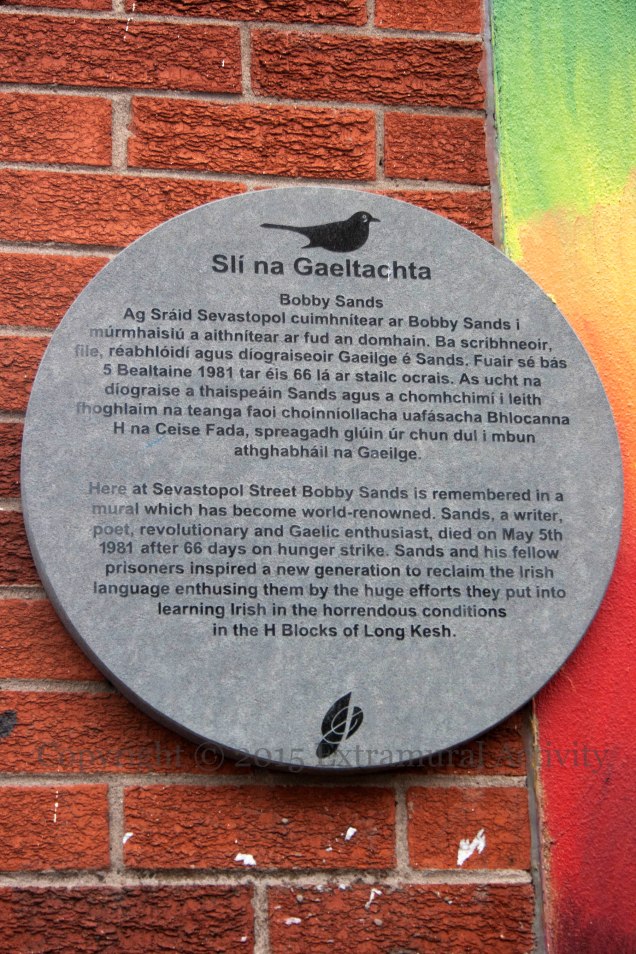