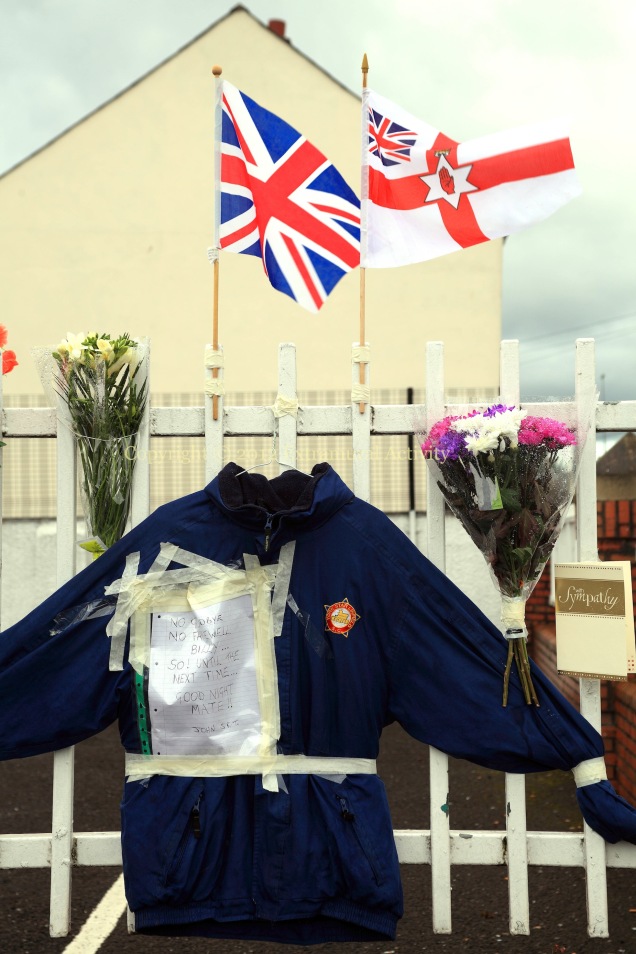 Billy Hunter (background BBC | Belfast Telegraph) has died. On Saturday (25th August) a floral tribute to him was mounted on the railings of the ASDA store where he worked.

According to ‘The Irish News’ (Monday 27th August 2012) ‘Hunter died after he doused himself  in petrol and set it alight at the side of the Ballywalter Road, Millisle, on Friday morning.’

The Irish News quotes Gerard McErlane as saying, ‘The fella did it and God have mercy on him. What he did he did to himself. John and Thomas had no choice when he murdered them. He had a choice and maybe it was his conscience. I don’t know.

I said a prayer and lit a candle for him doing that as I would for any human being doing that to themselves.’

Quoting an ASDA spokeswoman the Irish News reported that the store would support colleagues who want to attend the funeral. She said the store would let the ‘community decide on floral tributes.’

Detail and wide shot below … 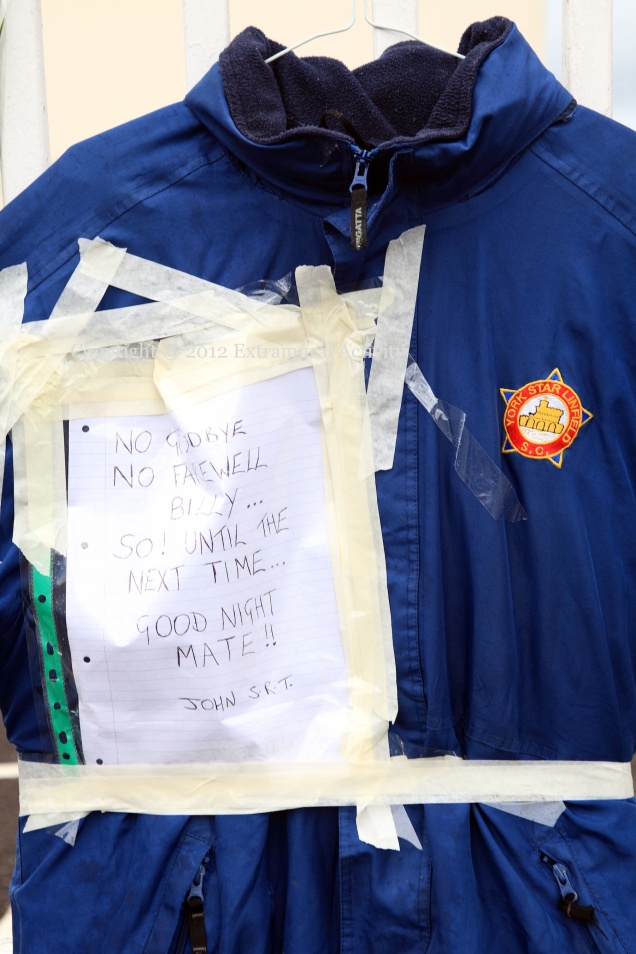 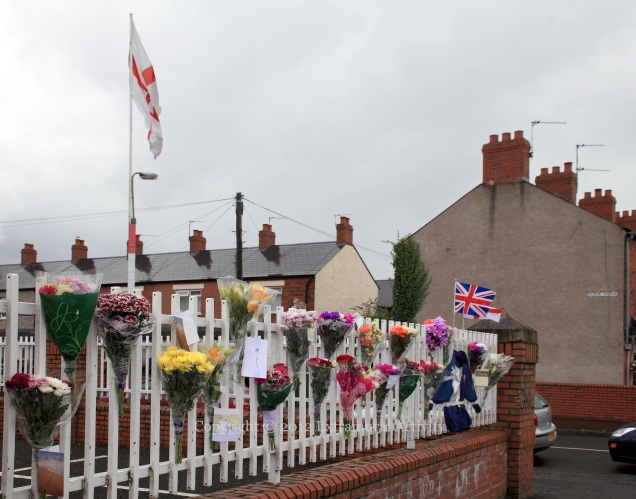 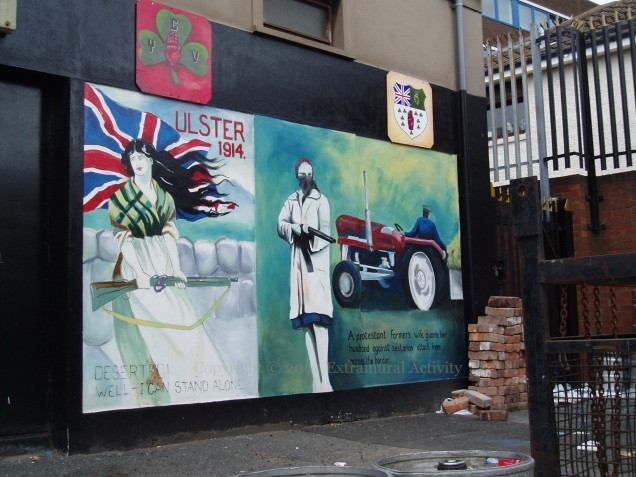 Third of three murals above the Rex Bar on the Shankill Rd. First | Second. The first also has a wide shot of all three and surrounding area.

text: X00066 Ulster 1914, deserted! well – i can stand alone, a protestant farmer’s wife guards her husband against sectarian attack from across the border, ycv moscow street