The heart of CNR muraling in Belfast is perhaps the middle Falls. Included in this stretch are the wall at Fallswater Street (next to what is now Cultúrlann), the two walls at Beechmount Avenue, and a dozen walls in or near the Rock streets (for which see the Map).

The other Falls-Beechmount corner, across the street from the one we focus on here, is a two-storey gable which (apart from the first mural in 1981 James Connolly) has always had impressively large murals that have changed only a few times over the decades – For A New Ireland (1983); Revolution (~1986); 1916-1990 Free Ireland (1990, repainted 1993); Éirí Amach na Cásca (2006, repainted 2009). These have been reproduced in countless photographs and easily catch the eye of tourists.

The smaller wall lacks the scale and the fame and the fixedness of its big brother but is all the more interesting for that. The art is crammed between a window and a side door; the art has often had to compete with election posters and commercial billboards; not all of the works have been murals – sometimes it has been the site of graffiti for memorial rallies and electoral candidates; the art has changed frequently to suit the topic of the moment or year. It thus presents a more detailed view of republican issues and anniversaries, with a more internal audience, namely the people of Beechmount and Iveagh.

The wall has been painted at least 22 times (between 1981 and 2019) and is the most frequently painted wall in Belfast and therefore probably in the world (putting aside Free Derry Corner‘s modifications). 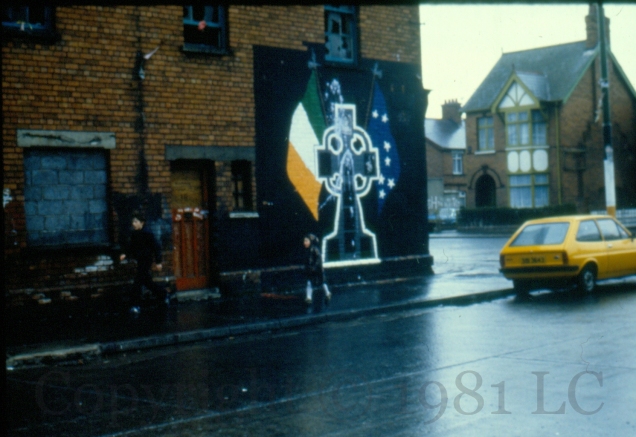 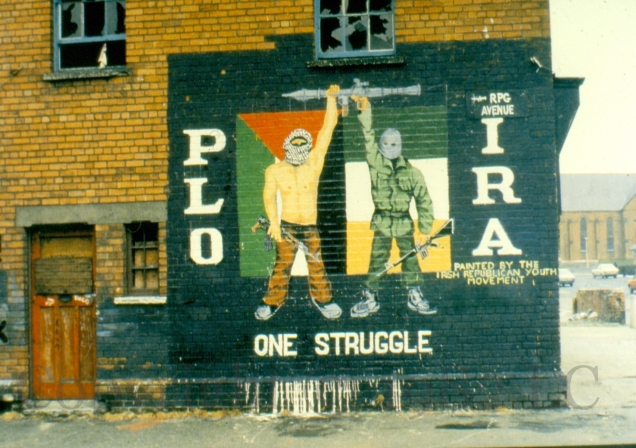 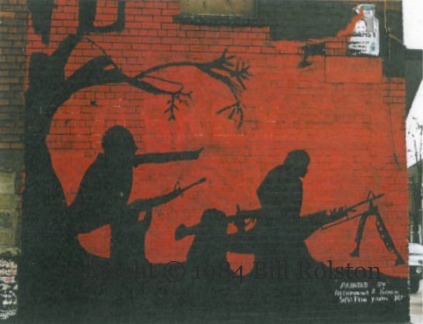 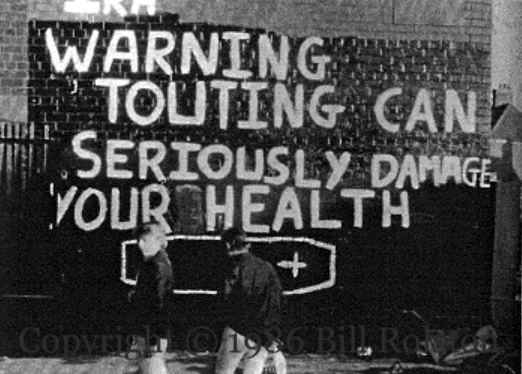 Beechmount POWs
1997 (was ?previously? across the Falls but moved for 1997 Féile mural) 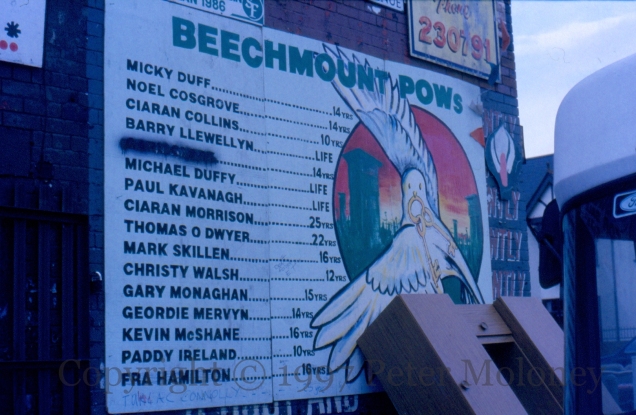 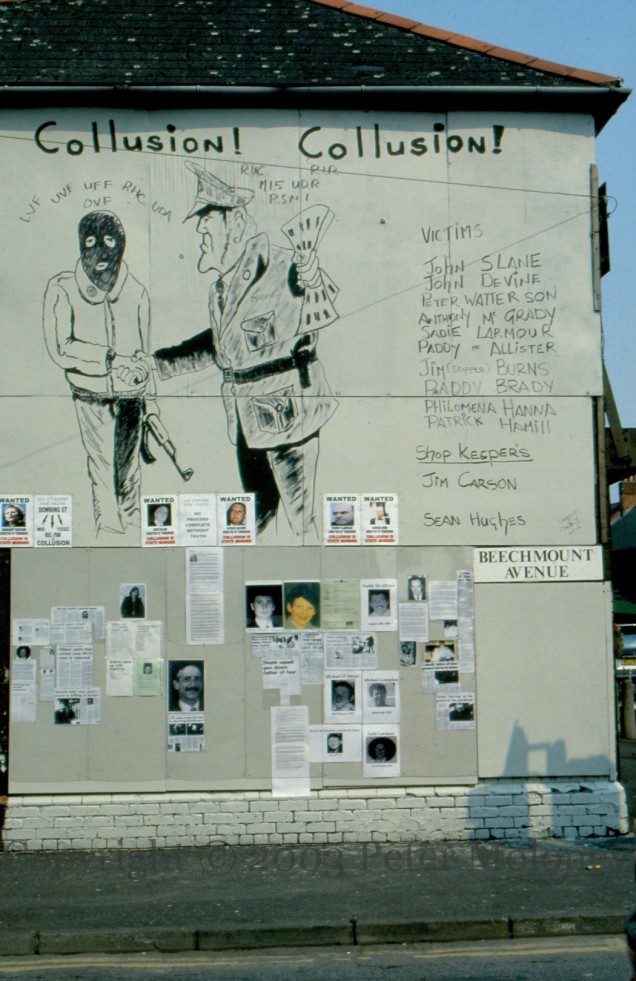 2005 Shankill Road bomber Seán Kelly was returned to prison for a month on suspicion of rioting.

Light A Candle In Their Memory
2006