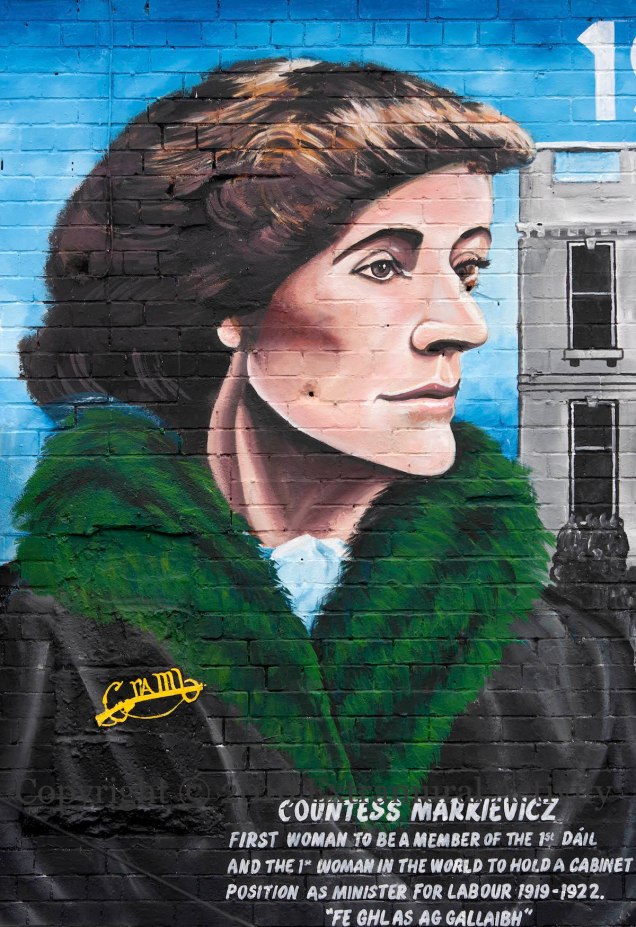 “Countess Markievicz – first woman to be a member of the 1st Dáil and the 1st woman in the world to hold a cabinet position as minister for labour 1919-1922.” Markievicz is shown here in civilian garb with a Cumann na mBan pin – compare with the previous mural celebrating the centenary of CnamB. The first Dáil Éireann met in the Round Room of the Mansion House in Dublin (residence of the Lord Mayor) on January 21st, 1919. 35 Sinn Féin deputies – including Markievicz – were absent because they were “fé ghlas ag Gallaibh” (“imprisoned by foreigners”) and four more “ar díbirt ag Gallaibh” (deported by foreigners); Unionist members including Edward Carson did not attend (The Irish Story). Among its business was the adoption of a Declaration Of Irish Independence (title page shown on the right).
The photograph reproduced is of the crowd awaiting news of a truce in the War Of Independence in July 1921 (WP).
Click to enlarge (to 1200 x 1750)
Copyright © 2019 Extramural Activity
Camera Settings: f8, 1/200, ISO 200, full size 2592 x 3780 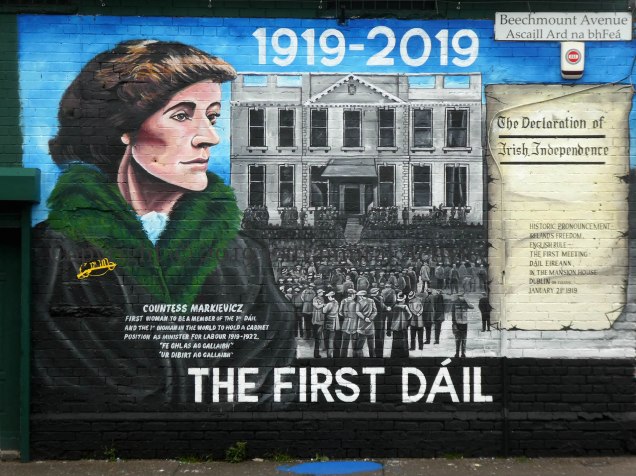