1. The Bobby Jackson mural of the Siege Of Derry and King William Crossing The Boyne dates back to the nineteen twenties (Loftus 1983 gives 1926) or forties (Woods 1995 gives the 1940s). The mural (in the (PUL) Fountain area of Londonderry) was touched up annually and the wall itself was moved in the 1970s. The wall was eventually destroyed in 1993 and a new, similar, mural painted in 1995 on a ‘memorial wall’. This new mural is painted on boards and is only on public display during marching season in the Fountain, Londonderry. (For images, see the Jackson murals’ own Visual History page.) 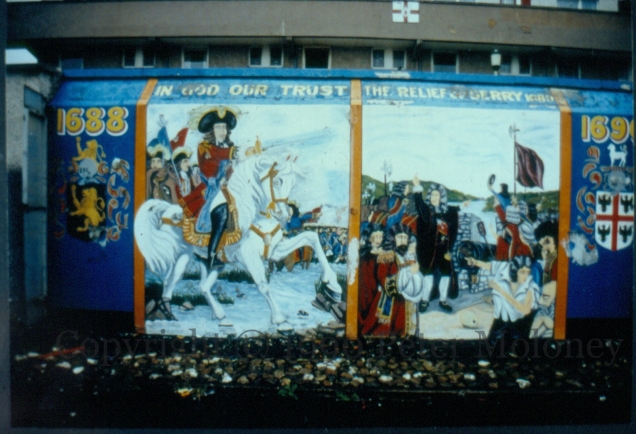 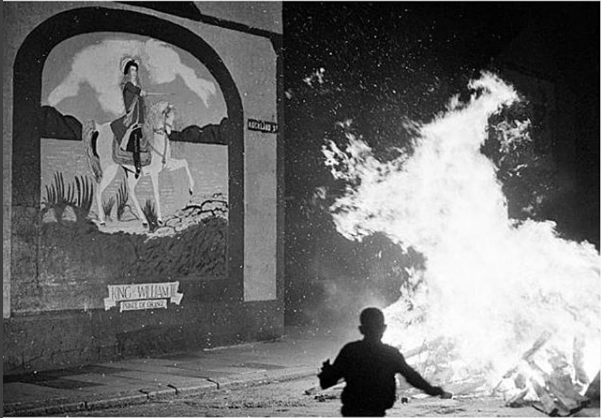 The unattributed image just below (possibly related to this 1975 Conrad Atkinson) shows the 1968 version of the mural in great disrepair. 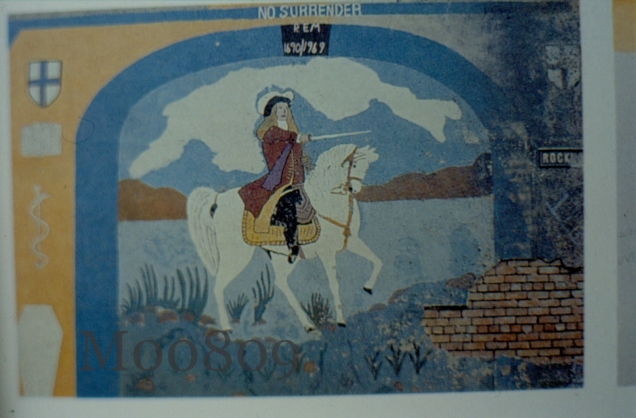 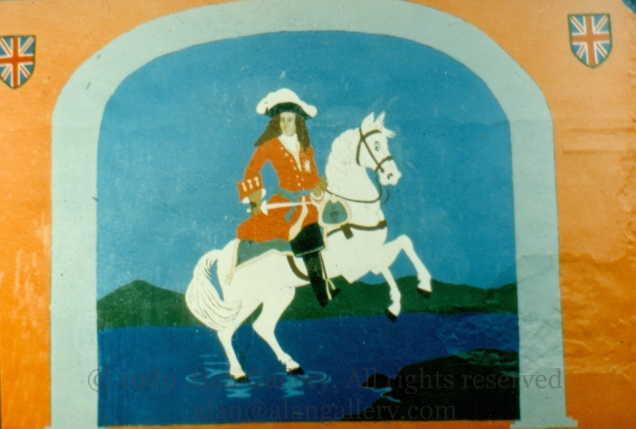 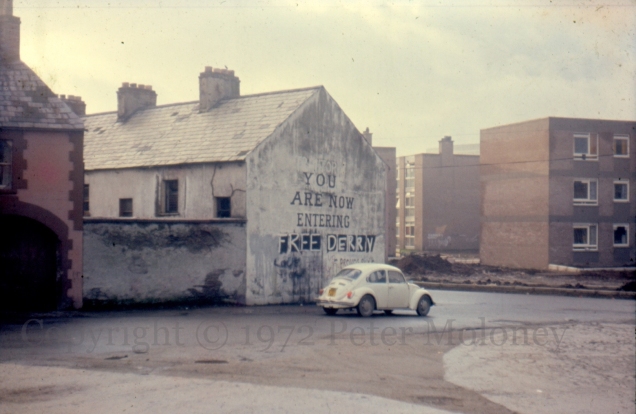 4. The top candidate for the longest-lasting mural without repainting is in Anne Street in Derry’s Brandywell (CNR). It was painted in 1981 or 1982 and is in surprisingly good shape given that it has not been touched in 35+ years. (Google Maps link) 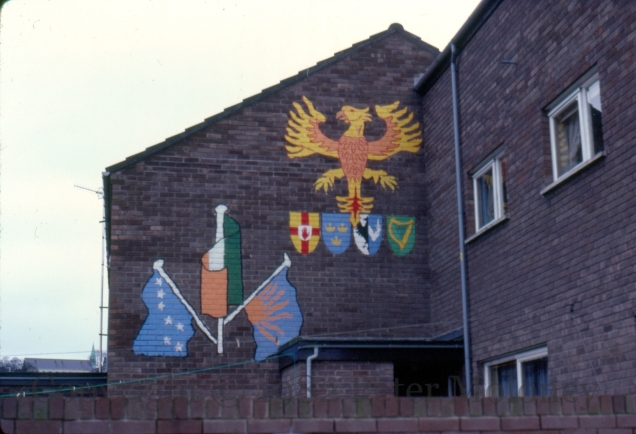 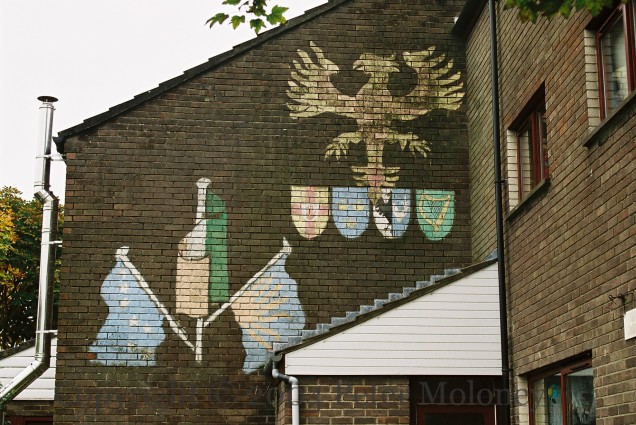 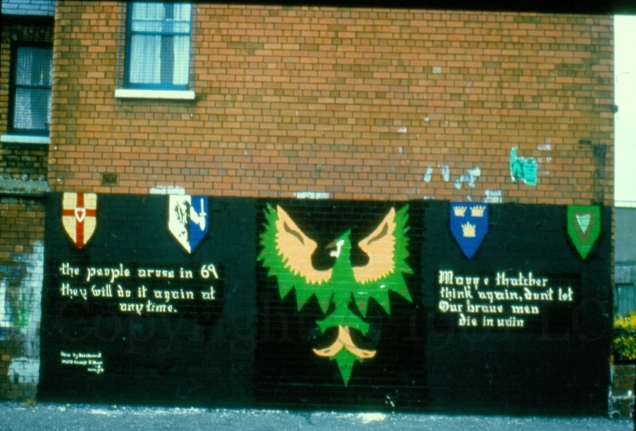 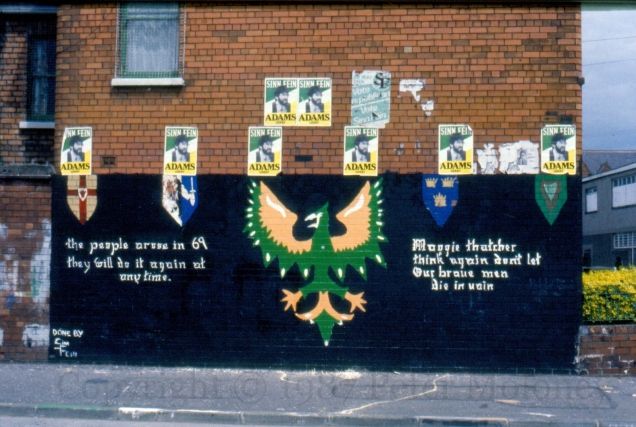 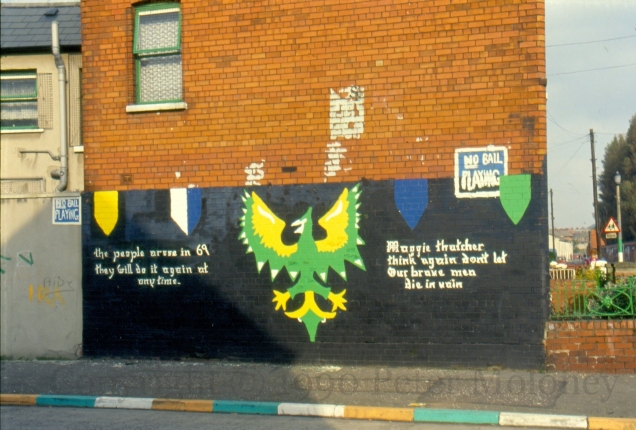 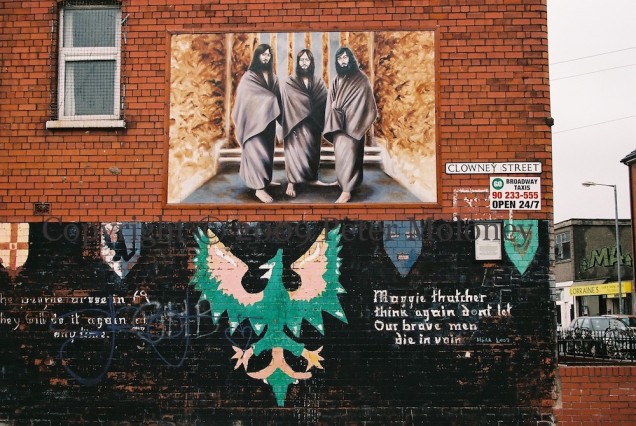 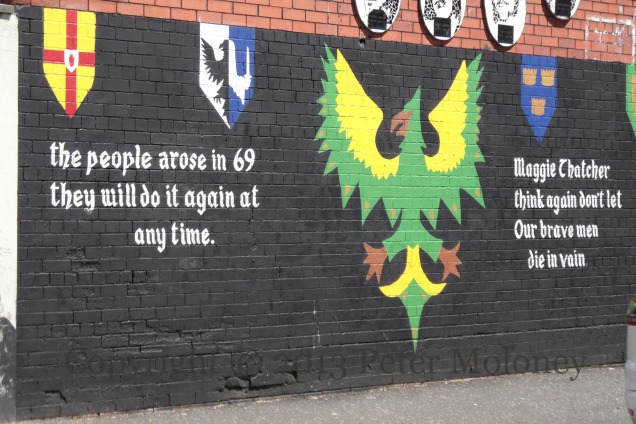