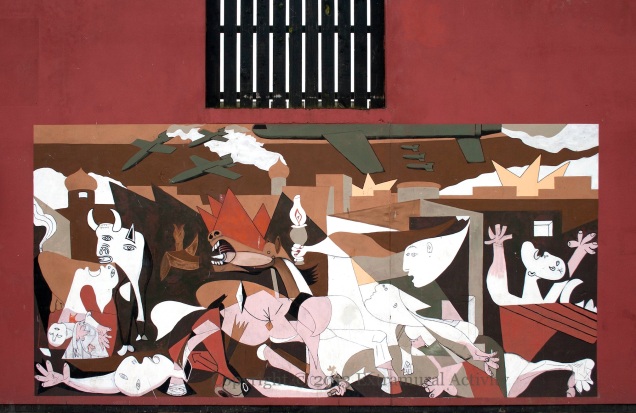 A version of Picasso’s Guernica next to the Museum Of Free Derry, in Glenfada Park in the Bogside. The original is black and white and grey, as in the mural on the International Wall, but here has been coloured in a palette that matches the colour of the wall. Modern-looking aeroplanes, one dropping bombs, have also been added at the top of the image – the bombing took place in 1937, during the Spanish civil war – and the scene seems to be outdoors, rather than indoors.
Click and click again to enlarge (to 2020 x 1314)
Copyright © 2013 Extramural Activity
Camera Settings: f8, 1/200, ISO 200, full size 3792 x 2467
X00984