A new “historical wall feature” was unveiled by the Shared History Interpretive Project (SHIP) on the outside of the Dockers Club in Pilot Street in Sailortown. The new piece is a montage of about 60 images of vintage photographs, a census form, and posters of industrial life. In the top-middle (behind the lamppost) there can be seen an image of the board this one replaces, which featured two carters pulling away a heavy load, similar to the carter in the image above. Another addition in the new work is the inclusion of Billy McMullen (1888-1982) and John Quinn (1876-1935) alongside Winifred Carney (1887-1943), James Connolly (1868-1916), and Jim Larkin (1876-1947). Both McMullen and Quinn are Belfast trades unionists. Quinn’s headstone in Milltown Cemetery was featured previously, in Forgotten In Life, Remembered In Death. More information about all five, as well as photographs of dockers and of the unveiling, can be found at the SHIP web site.
Click and click again to enlarge (to full size)
Copyright © 2015 Extramural Activity
Camera Settings: f8, 1/200, ISO 400, full size 2592 x 2552 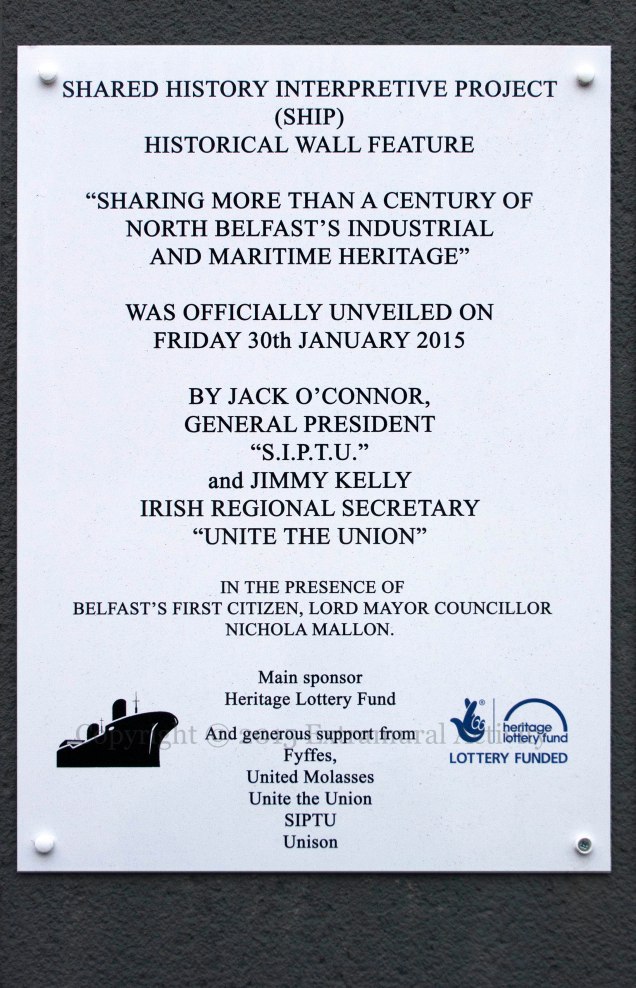