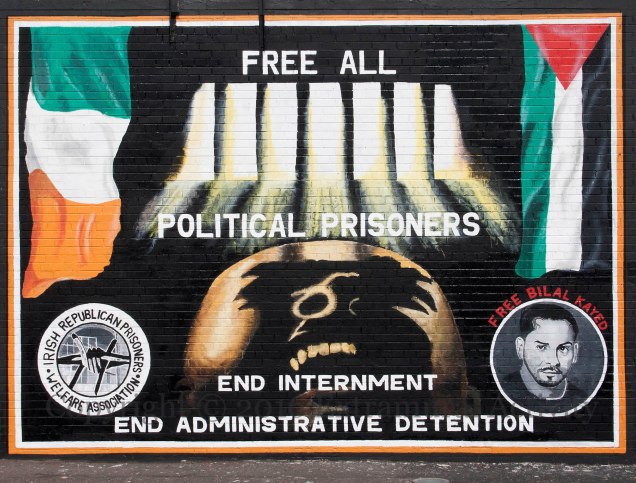 Palestinian prisoner and hunger striker Bilal Kayed last week called off his hunger strike after 71 days of fasting, after reaching an agreement with his Israeli captors for his release in December, after a six-month “administrative’ extension to his original 14.5 year sentence (Alternative News). Hence the slogan “End internment, end administrative detention” (alongside “Free all political prisoners” and the IRPWA emblem). Update: Kayed released 2016-12-12.
The mural is at the right-hand end of the so-called International Wall in west Belfast. For the controversy over the painting of the mural adjacent to the historical panels on the rest of the wall, see The World Did Gaze In Deep Amaze.
Click and click again to enlarge (to 2800 x 2128)
Copyright © 2016 Extramural Activity
Camera Settings: f16, 1/400, ISO 400, full size 3200 x 2432 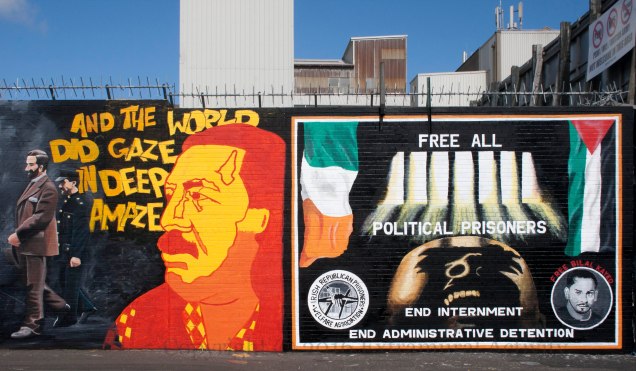