The new Bernadette mural on Lecky Road, London-/Derry/Doire is considerably lighter than its predecessor (which can be seen at Peter Moloney Collection). The scene is still the Battle of the Bogside, after which Devlin was served six months for inciting a riot, but Bernadette, with megaphone, is in red while the woman with the bin lid is wearing blue jeans. The bulldog and the child in yellow carrying the bin lid like the shield of a Celtic warrior are new additions. The wall in the background was previously Free Derry Corner.
Click and click again to enlarge (to full size)
Copyright © 2017 Extramural Activity
Camera Settings: f8, 1/2000, ISO 400, full size 2364 x 2497 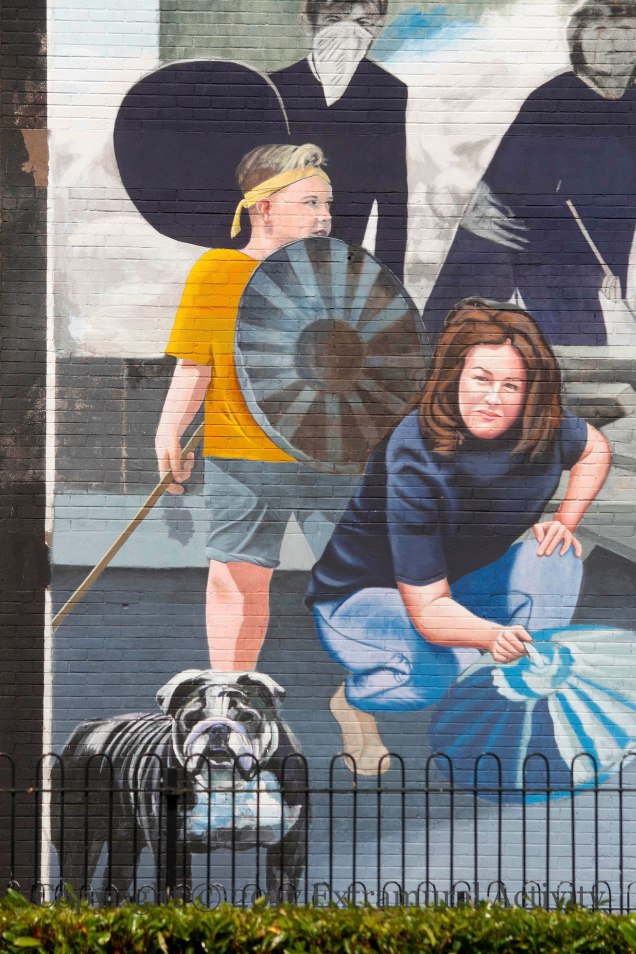