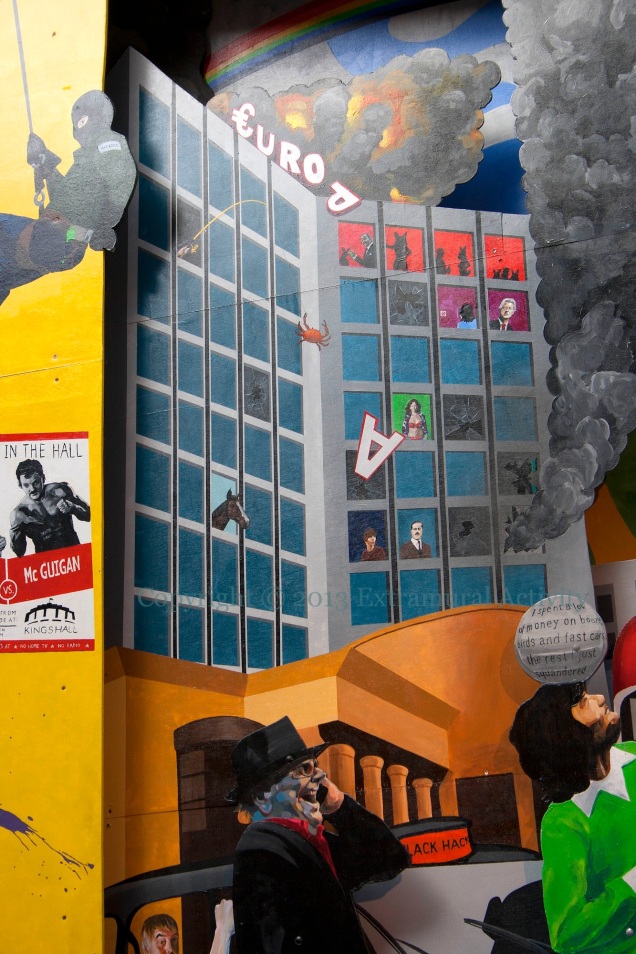 Local readers will hopefully be able to help identify the people (and the horse, and the crab on a fishing line) staying in the Europa Hotel, as depicted in a new (late 2012) board/construction at the Duke Of York. Artist Ciaran Gallagher has a collection of pictures of the piece being constructed and installed.
According to WP, the Europa was bombed 28 times during the Troubles (which would explain the damage and the abseiling paramilitary on the left?), and Bill and Hillary Clinton’s entourage took up 110 of the 240 rooms when they stayed at the Europa hotel in 1995. In the foreground, George Best balances a ball bearing the words, “I spent a lot of money on booze, birds and fast cars. The rest I just squandered.” Is there some particular reason why the “E” is the euro sign?
Previously from the Duke Of York: Big Brother Is Watching. Below is a wide shot of the whole.
Click and click again to enlarge (to 1333 x 2000)
Copyright © 2013 Extramural Activity
Camera Settings: f8, 1/100, ISO 200, full size 2592 x 3888