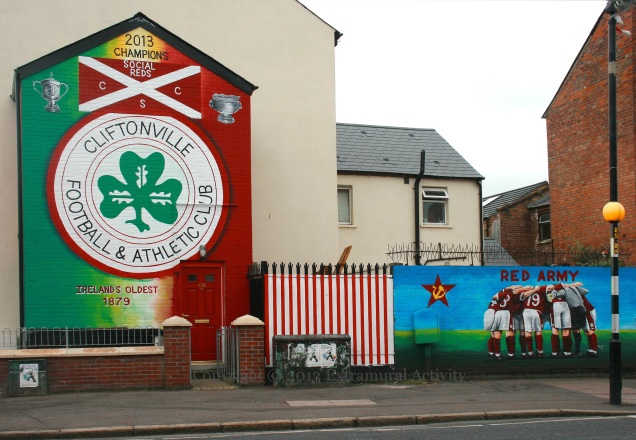 The Red Army are the supporters of Cliftonville football team which this past (2012-2013) season won both the Irish League Cup and the League Championship. The mural on the right had side, detailed below, looks in such good condition because it was touched up on July 17th —in time for that night’s Champions League match against Celtic — after being vandalized on the 16th.

There is a good summary of Cliftonville history (including their present-day successes), as well as a picture of the “Let’s All Do The Huddle” mural painted for the occasion of the Celtic visit, at the blog Four-Four-Two.
Click and click again to enlarge (to 2200 x 1524)
Copyright © 2013 Extramural Activity
Camera Settings: f9, 1/160, ISO 400, full size 3672 x 2544 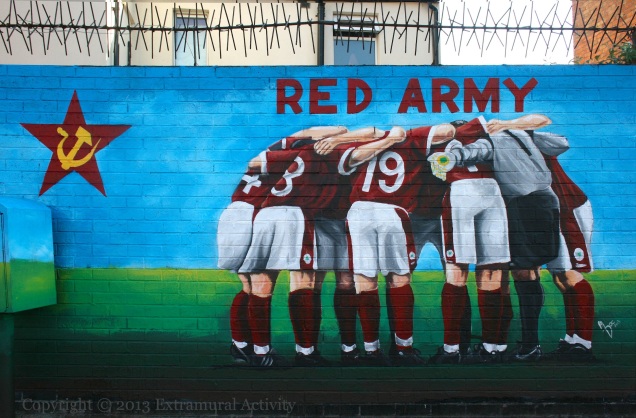