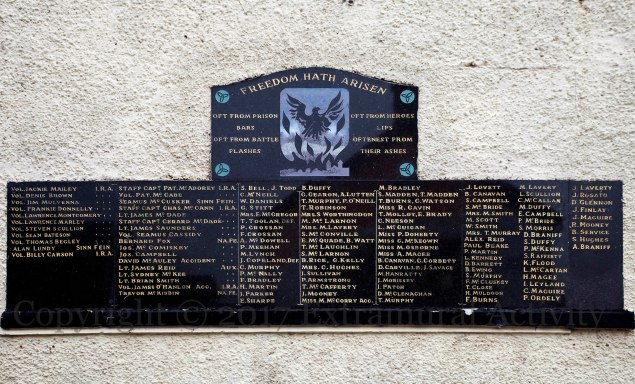 The hunger strikers tarp has been removed from the Ard Eoin memorial garden (see 2013) and the forty portraits have been moved over from the mural on Ardoyne Avenue after the plaster fell off (see one | two).
However, the two long-standing pieces remain the same. As can be seen in the image below, the cross goes back to 1976. “This garden of remembrance was unveiled by Nora Connolly O’Brien, daughter of James Connolly, Easter Tuesday 1976. It is dedicated to the memory of Óglaigh Na hÉireann and Fianna Éireann volunteers, Sinn Féin, and members of our community who lost lives since 1969. ‘Ireland unfree shall never be at peace.’ In loving memory of all from the Ardoyne, Bone and Ligoniel who died because of Ireland’s troubles.”
Above, the phoenix is used as a symbol of resistance in one of the oldest memorial plaques in Belfast (1993) with the names of deceased IRA volunteers and locals: “Oft from prison bars, oft from battle flashes/Oft from heroes’ lip, oftenest from their ashes.”
Click and click again to enlarge (to 2600 x 1572)
Copyright © 2017 Extramural Activity
Camera Settings: f5, 1/320, ISO 100, full size 5616 x 3396 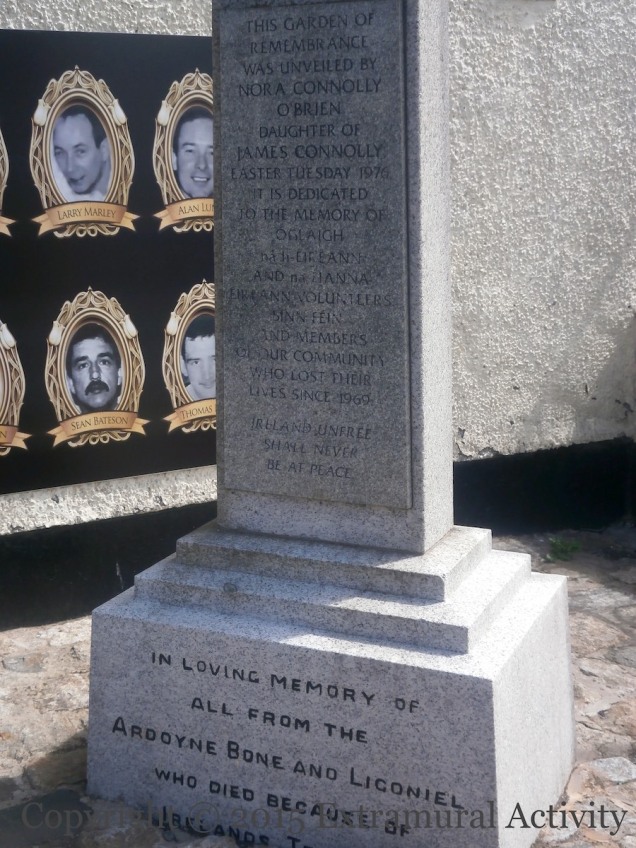