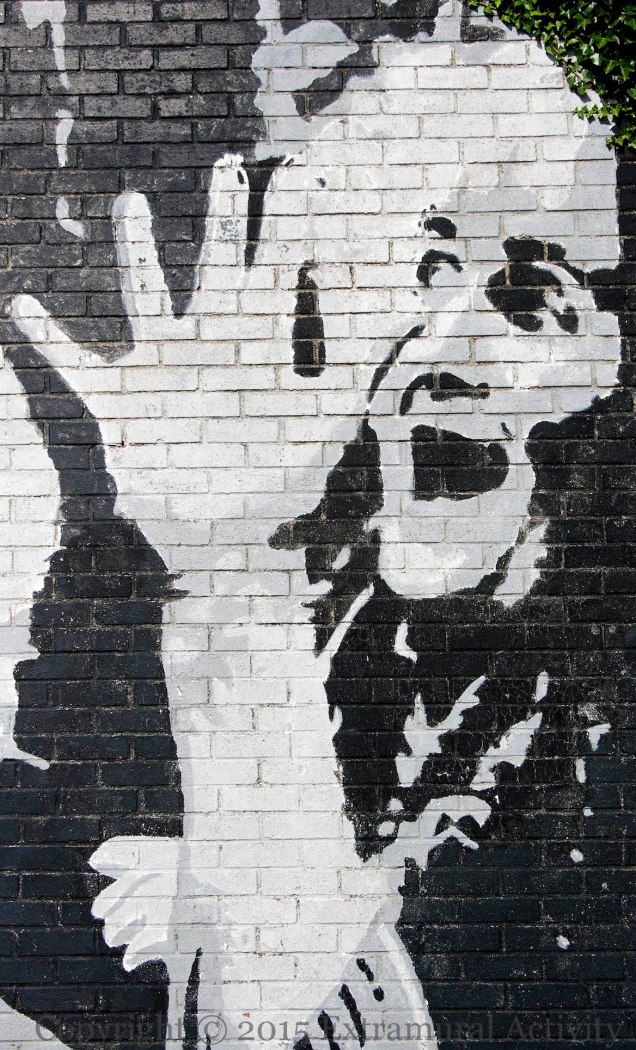 The Ulster Workers Council (UWC), formed in 1974 with the backing of the UDA, organized a general strike in opposition to the December 1973 Sunningdale Agreement – signed by the British government – which would have shared power with Nationalists in the north and established a cross-border council involving the Dublin government. The strike went on for two weeks in May 1974 (during which the Dublin-Monaghan bombings took place, killing 33 people in the Republic) and concluded with the collapse of the Northern Ireland Executive and rule reverting to Westminster.
The mural was painted for the 30th anniversary of the strike and is now partially covered with ivy (see below). For the mural in better days see M02610.
Click and click again to enlarge (to 1168 x 1930)
Copyright © 2015 Extramural Activity
Camera Settings: f8, 1/3200, ISO 800, full size 2352 x 3888 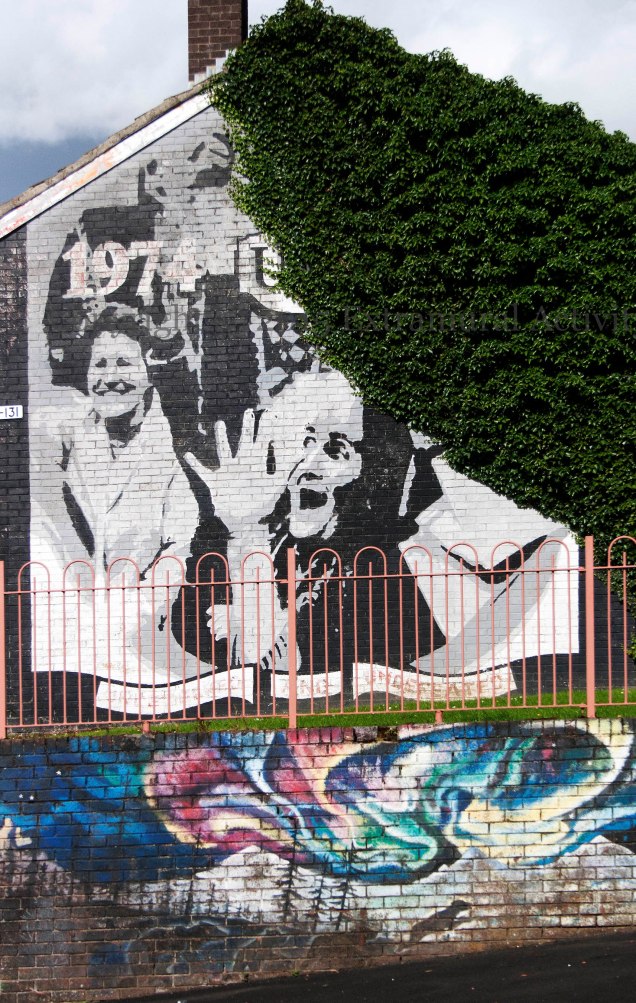