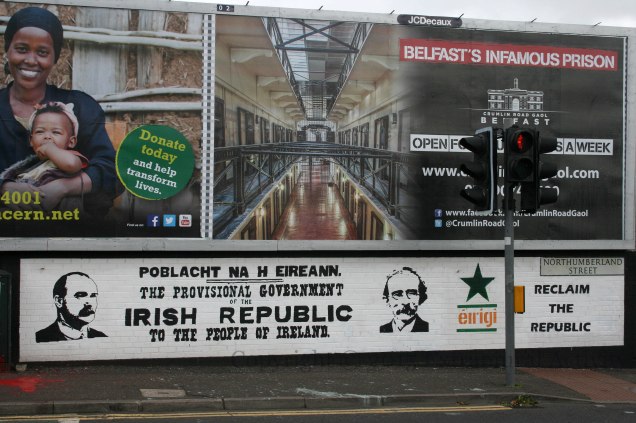 The masthead of the 1916 proclamation declaring a “Provisional Government of the Irish Republic” to the “People of Ireland” is faithfully reproduced in this éirígí stencil, along with busts of Padraig Pearse and Tom Clarke. Pearse, Clarke, and the other signatories will likely be familiar faces in the months leading up to Easter 2016, which is at the end of March, and the anniversary of the date itself, April 24th, 1916.
See also Thursday’s post featuring a fly-paper reproduction of the 1916 Proclamation: Brotherhoods.
Click and click again to enlarge (to full size)
Copyright © 2015 Extramural Activity
Camera Settings: f11, 1/200, ISO 400, full size 3888 x 2592
text: X02987 poblacht na heireann eirigi