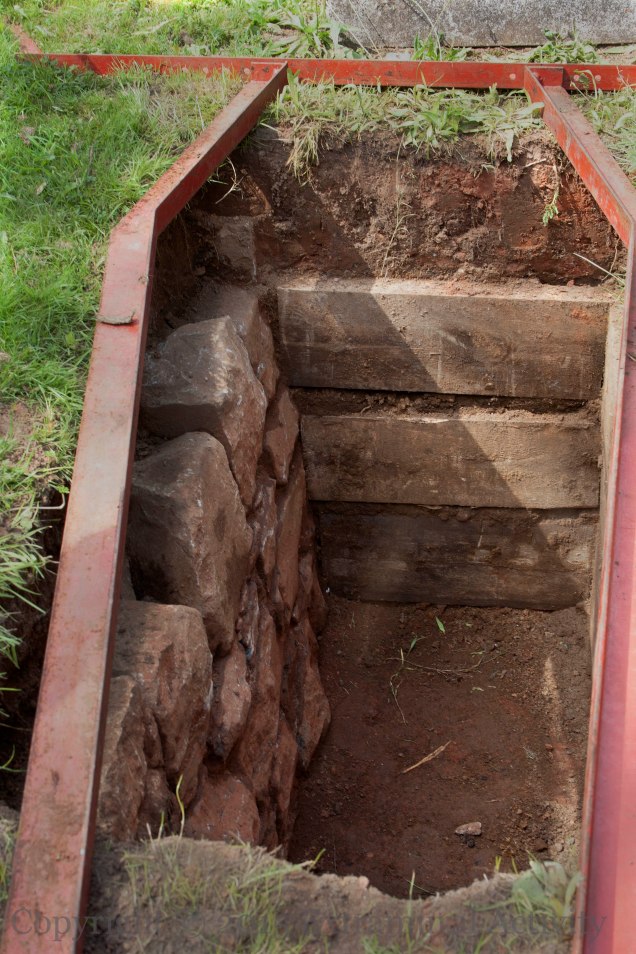 Belfast’s City Cemetery opened in 1869 and was originally intended for the interment of both Catholics and Protestants. At the insistence of Catholic clergy who argued that the ground would not be consecrated if shared, the graveyard was created with an underground wall (shown above) nine feet in height. (Republican News) After further disputes, however, Catholics were not routinely buried in the graveyard until 100 years later; they were buried instead in the nearby Milltown Cemetery.
Here is a short video of local expert Tom Hartley at the wall:
[youtube https://www.youtube.com/watch?v=uPbWFi3VFbM]
Click and click again to enlarge (to full size)
Copyright © 2015 Extramural Activity
Camera Settings: f8, 1/125, ISO 100, full size 2592 x 3888
text: X03249