Seán MacDiarmada was born in Leitrim but worked on the trams in Belfast in 1905. He also, as member and organiser for many nationalist groups, including Sinn Féin (formed in 1905) and the Irish Republican Brotherhood. He is shown here speaking on Clonard Street in the lower Falls, in 1906, flanked by fellow Brothers Denis McCullough (l) and Bulmer Hobson (r), both from Belfast. (For a brief account of MacDiarmada’s life, see this previous mural on Extramural Activity The Mainspring, which shows MacDiarmada delivering his speech from the back of a coal cart, and also this Saoirse32 post. See also MacDiarmada for a board near where he lived in Ardoyne.
The other part of the picture illustrates the use of magic lanterns to display images on gable walls to spread nationalist history and ideology. On one wall is Eoin MacNeill’s article ‘The North Began’ (which also features earlier on the new wall; see Shared Space and We Won’t Have Carson. On the other wall is an image of An Gorta Mór/The Great Hunger. (Magic lanterns were used by Alice Milligan (NWCI | Field Day | also a kids version from Creative Centenaries) when she gave talks; for her newspaper work, see Shan Van Vocht.)
The image below shows that there were originally (or at least, in April) plans for a face (whose?) to be featured.
Click and click again to enlarge (to full size)
Copyright © 2016 Extramural Activity
Camera Settings: f13, 1/320, ISO 200, full size 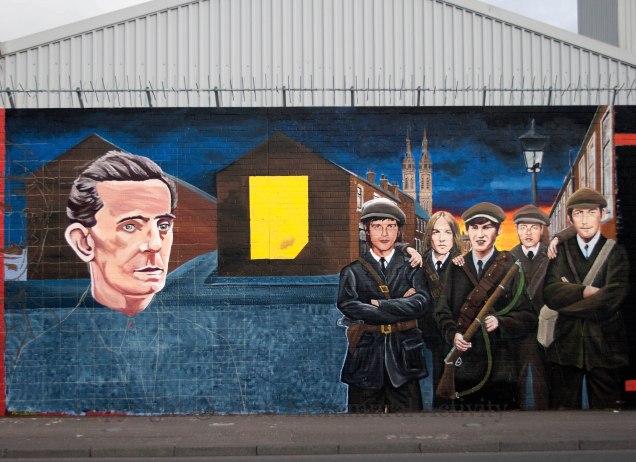 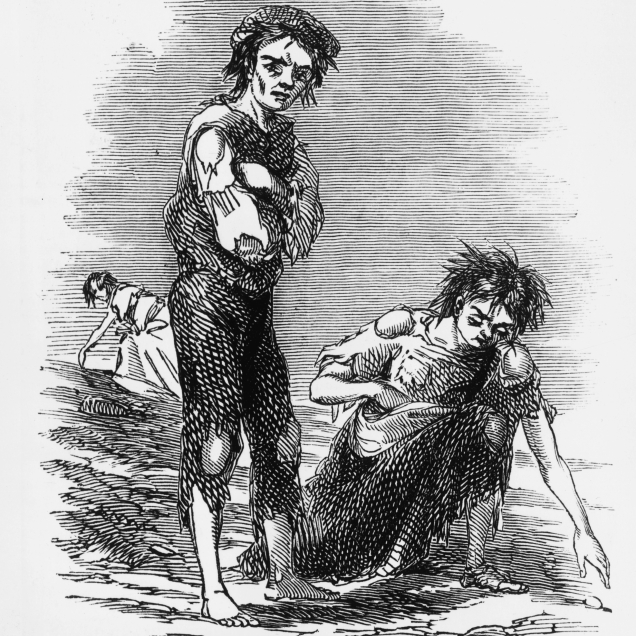