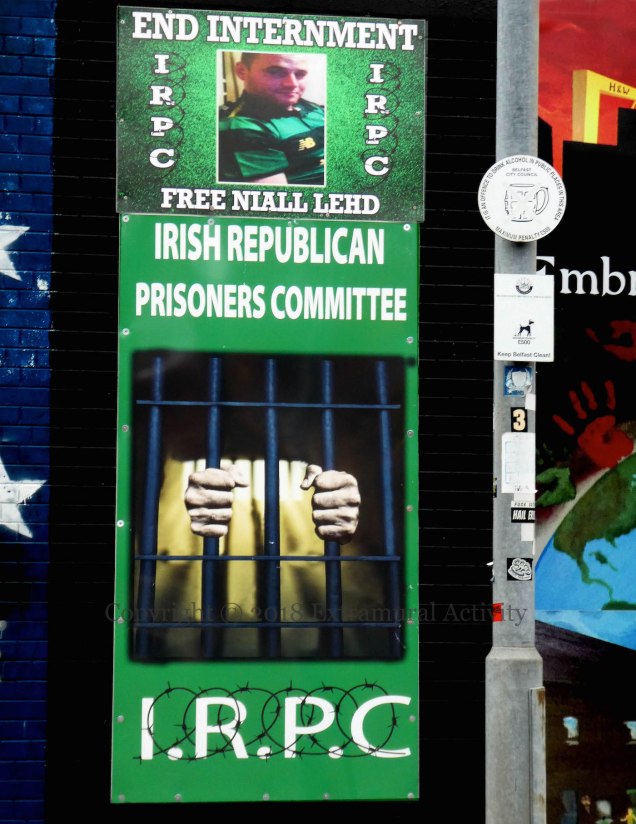 Continuity IRA or Irish Republican National Congress (IRNC – see Join The IRNC and Maid Of Erin) member Niall Lehd was initially arrested on explosives charges in 2014 (BBC-NI) and given early release in 2016 (An Phoblacht) but returned to jail a year ago, in March of 2018 (Irish News). In December he was charged on several counts relating to terrorism and explosives (Belfast Live). Lehd professes his innocence and says his license was revoked simply because he is “an unrepentant republican” (Free Niall Lehd campaign). His cause has been added to the IRPC (Irish Republican Prisoners Committee | Fb) board on Northumberland Street.
See previously: a White Line Picket in support of Lehd.
Click to enlarge (to 1400 x 1816)
Copyright © 2018 Extramural Activity
Camera Settings: f5.1, 1/80, ISO 250, full size 3672 x 4764
text: X06224

One thought on “An Unrepentant Republican”