“Active service” on paramilitary plaques means death by a premature bomb explosion rather than at the hands of enemy forces. All three of the IRA volunteers named here died in this way: Paul Fox in King Street in 1975, Sean Bailey in nearby Nansen Street in 1976, and Paul Marlowe on the Ormeau Road later that same year (Sutton). The central plaque (shown below) has been in place since at least 2006 but was augmented last year with portraits. The fourth is Tony Campbell, also from the 2nd battalion, dead by natural causes in 1985. 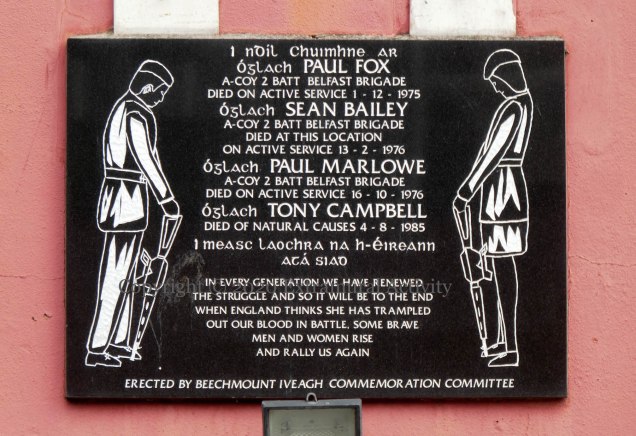