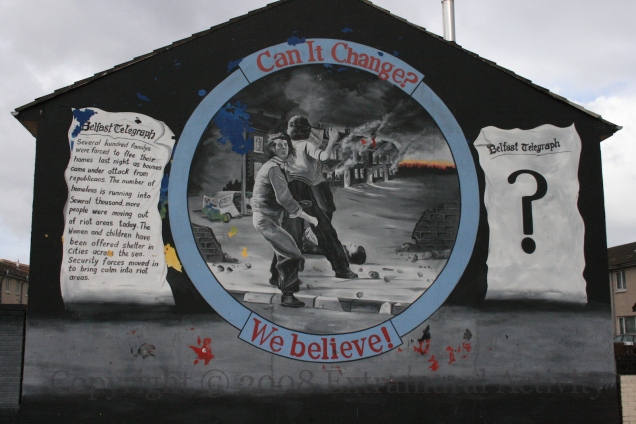 “This mural portrays Protestant men defending their community which was subjected to constant attempts of ethnic cleansing with petrol bombing attacks of their homes on a day to day basis. Eventually vigillanty groups were formed to secure these areas.” “Several hundred familys were forced to flee their homes last night as homes came under attack from republicans. The number homeless is running into several thousand, more people were moving out of riot areas today. The women and children have been offered shelter in cities across the sea. Security forces moved in to bring calm into riot areas.” The event referred to is the rioting in Bombay Street in 1969.