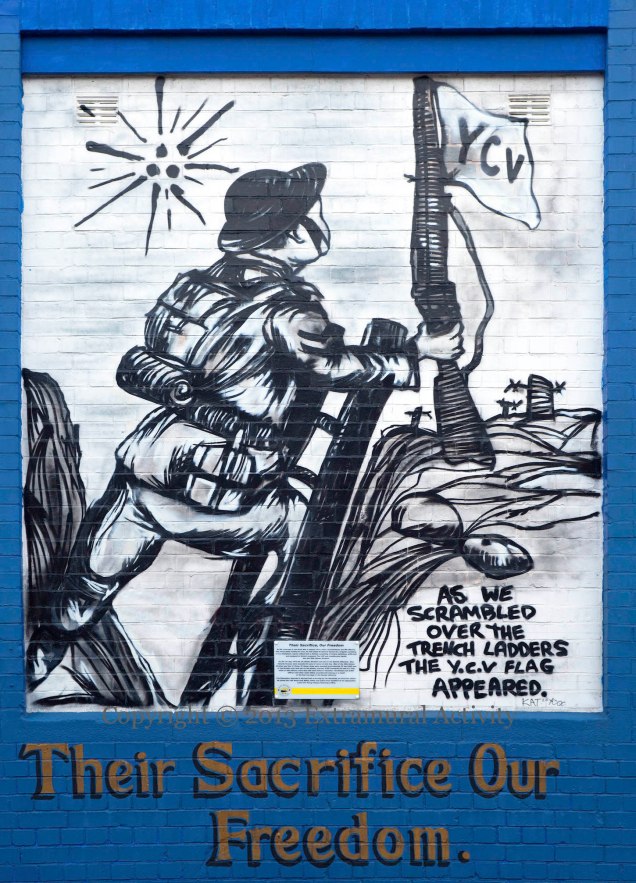 “As we scrambled over the trench ladders the Y.C.V. flag appeared.” One of the many panels in an extended mural in Thorndyke Street, this one inspired by a drawing by Jim Maultsaid, who joined the YCV in 1914 and kept a diary and sketch-book. More of his sketches can be found as part of the Friends Of The Somme’s account of the war in 1916. His portrait is included below.
The plaque reads: At the outbreak of the Great War in August 1914, when Lord Kitchener, the War Minister, was desperately looking for men, he had asked Sir Edward Carson for a brigade consisting of four battalions. Carson offered him a division consisting of twelve battalions, uniformed and equipped at Ulster’s expense. The UVF was transformed rapidly into the 36th (Ulster) Division. On the 1st July 1916 the 26 (Ulster) Division took part in the Somme Offensive. Nine Victoria Crosses were awarded for acts of valour on that day. Men of the 36th (Ulster) Division won four of these. Of those, three were awarded posthumously. Of the 9,000 men of the Division who took part in the attack, scarcely 2,500 answered roll call on 3 July; while of 400 officers, more than 250 were killed or wounded. The Division lost 5,500 officers and other ranks killed, wounded and missing as a result of the first two days of the Somme offensive. The illustration depicted is derived from a drawing by Jim Maultsaid, an American citizen. He joined the 14th Royal Irish Rifles, which was drawn from members of an organisation called the Young Citizen Volunteers (YCV).
This is the fifth of the eleven panels in the long mural in Thorndyke Street.
Click and click again to enlarge (to 1450 x 2014)
Copyright © 2013 Extramural Activity
Camera Settings: f7.1, 1/80, ISO 250, full size 3512 x 4879 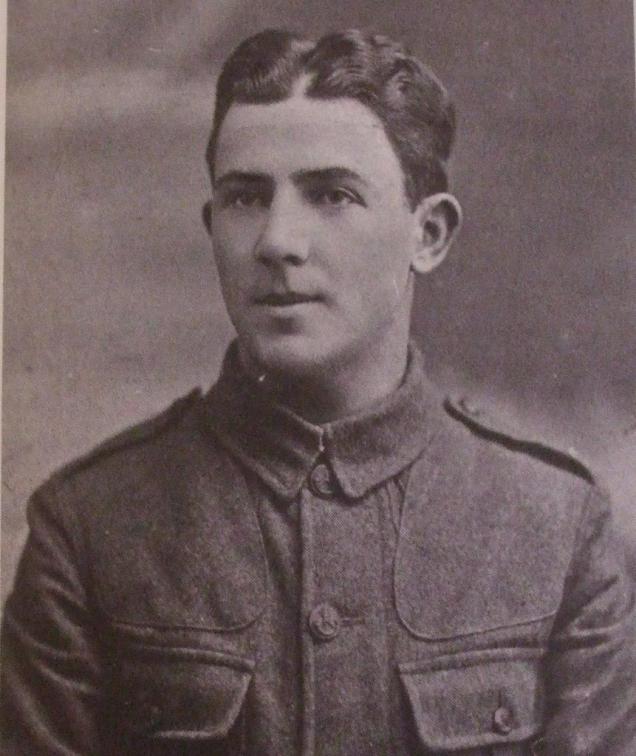 2 thoughts on “Their Sacrifice, Our Freedom”