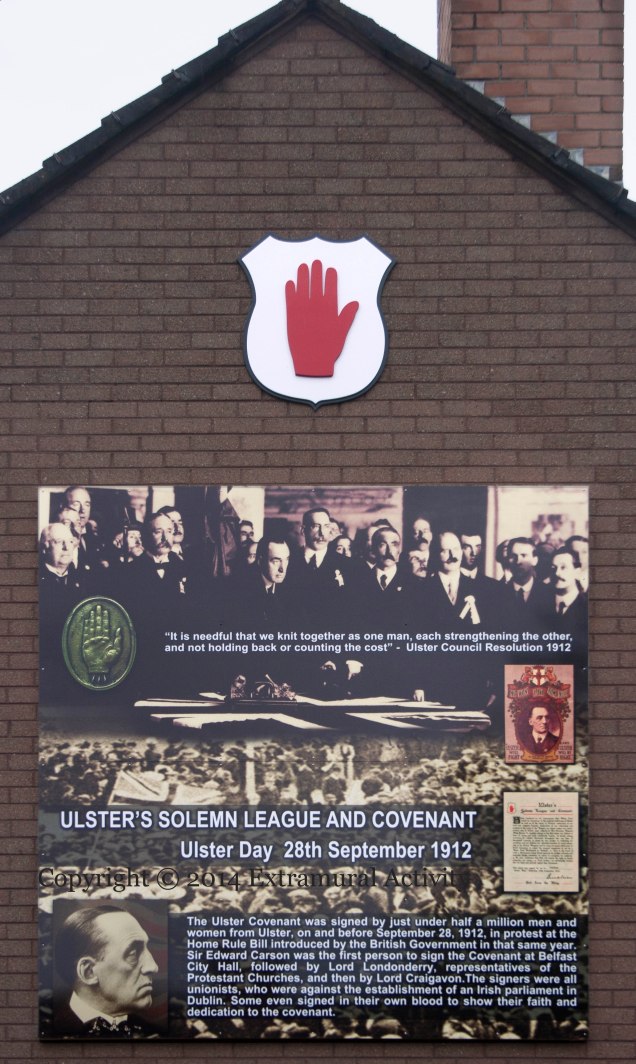 “It is needful that we knit together as one man, each strengthening the other, and not holding back of counting the cost” – Ulster [Unionist] Council Resolution 1912. The Council met on September 23rd and 471,000 people signed the covenant (figures here) on or around the 28th – Ulster Day – led by Sir Edward Carson.
For another board featuring similar images, see Covenant Of Hearts. In the same row of boards: Anthem For Doomed Youth
Click and click again to enlarge (to full size)
Copyright © 2014 Extramural Activity
Camera Settings: f8, 1/125, ISO 200, full size 2387 x 3995
text: X02089 will be right we won’t have home rule just under half a million men women september 28, in protest at the home rule bill introduced by the british government in that same year sir edward carson was the first person to sign at belfast city hall londonderry protestant churches craigavon signers were all unionists against the establishment of an irish parliament in dublin own blood to show their faith and dedication to the covenant