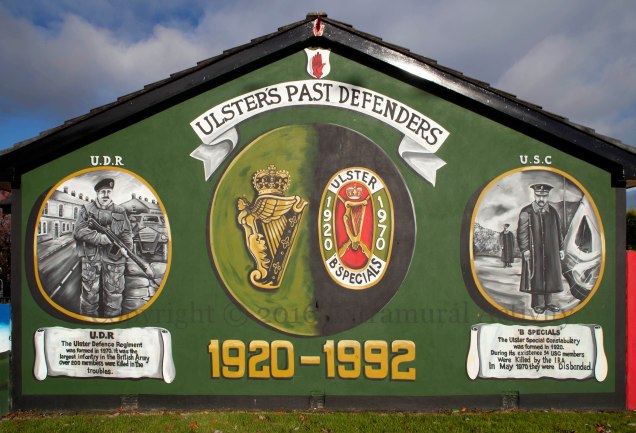 The Ulster Special Constabulary or B-Specials existed from 1920 to 1970; it was disbanded after being used for riot control in The Battle Of The Bogside. The Ulster Defence Regiment (which was under military control and was, as the mural notes, the largest infantry in the British Army) existed from 1970 until 1992, when it was merged with the Royal Irish Rangers.
Click and click again to enlarge (to 3200 x 2180)
Copyright © 2016 Extramural Activity
Camera Settings: f10, 1/400, ISO 100, full size 5496 x 3744
text: X03942 UDR over 200 members were killed in the troubles 34 USC members were killed by the IRA painted by John Stewart