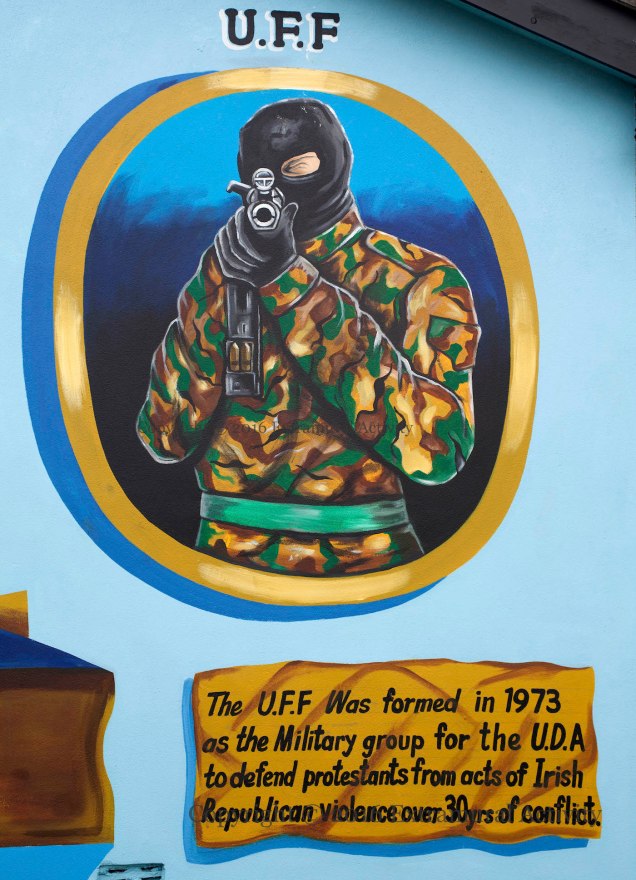 This mural forms a pair with Ulster’s Past Defenders in the middle of Newtownards Road’s ‘Freedom Corner’. The present defenders are the UDA/UFF; the past defenders were the UDR, and before them, the B Specials, (and before them, Cuchulainn – 2005 and 1992). Both pieces were repainted in 2016 after the previous murals disintegrated (see Freedom Corner for possible causes).
“The UDA was formed in 1971 as an umbrella for loyalist vigilante groups being formed. There role to defend protestant community from IRA violence. They remain today. The UFF was formed in 1973 as military group for the UDA to defend protestants from acts of Irish Republican violence over 30 yrs of conflict.”
Click to enlarge (to 1400 x 1938)
Copyright © 2016 Extramural Activity
Camera Settings: f5.6, 1/160, ISO 100, full size 3744 x 5184