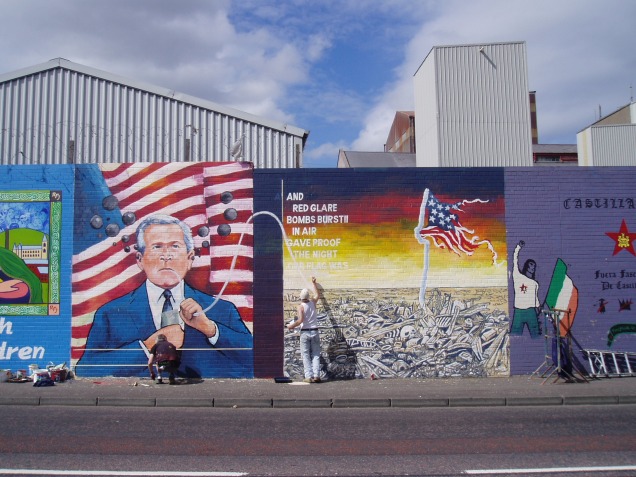 August 6th. Work on-going at the double-size mural on the international wall. (The “British Support Hook” is yet to be added.)

Frame on the right pays homage to a magazine cover during the Viet Nam war.

To the left of Castilla, which later became the ‘8 pounds’ WBTA (and then the purple WBTA) mural. Later in this location: left third, Raidió Fáilte, then the Local Volunteers; middle and right thirds, Falls Curfew.