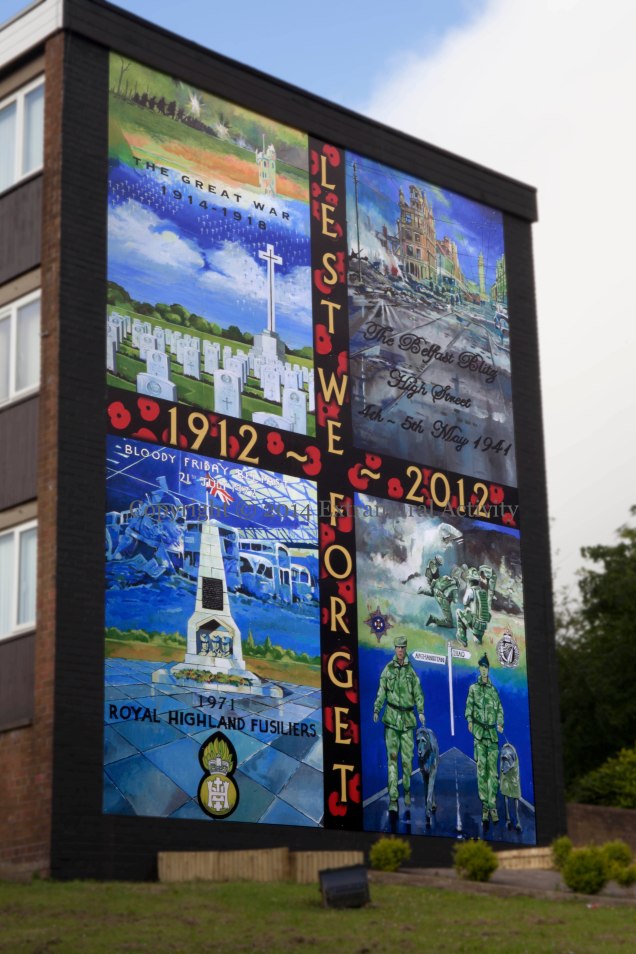 The three-storey mural above is in Ballysillan and replaced a UVF mural when it was added in 2011. The mural is the work of Jim Russell, shown below at Arts For All where he is artist-in-residence. The information below was provided by Arts For All.
The Great War: The first panel commemorates the Great War that ravaged Europe from 1914 to 1918 and shows troops advancing into battle, the Ulster Tower at Thiepval commemorating the sacrifice at the Somme and an image showing one of the war cemeteries and highlighting the true cost of war.
Second World War: The second panel features some of the devastation visited upon Belfast during a series of Luftwaffe raids during the early years of the Second World War. Belfast suffered greatly with over 1,000 people dying in four nights of bombing in April and May of 1941.
The Troubles: In the third panel highlight the dark history known as the Troubles. It features two events from the years of that time – the murder of the three young off-duty Scottish soldiers in 1971 [the monument depicted was featured in The Highland] and the Bloody Friday bombings of July 1972. In the midst of the horror that accompanied the early years of the Troubles these events still caused many to struggle to understand how people could carry out such atrocities.
Present Day Conflict: Panel four brings us up to the present day. Military service is a tradition for many in Northern Ireland and for many their first overseas trip came on the back of an overseas posting whilst serving in one of the Armed Forces. From times past, through the World Wars, the Korean War, to more recent conflicts in Iraq and Afghanistan soldiers and regiments drawn from Norther Ireland continue to play a role.
Click and click again to enlarge (to full size)
Copyright © 2014 Extramural Activity 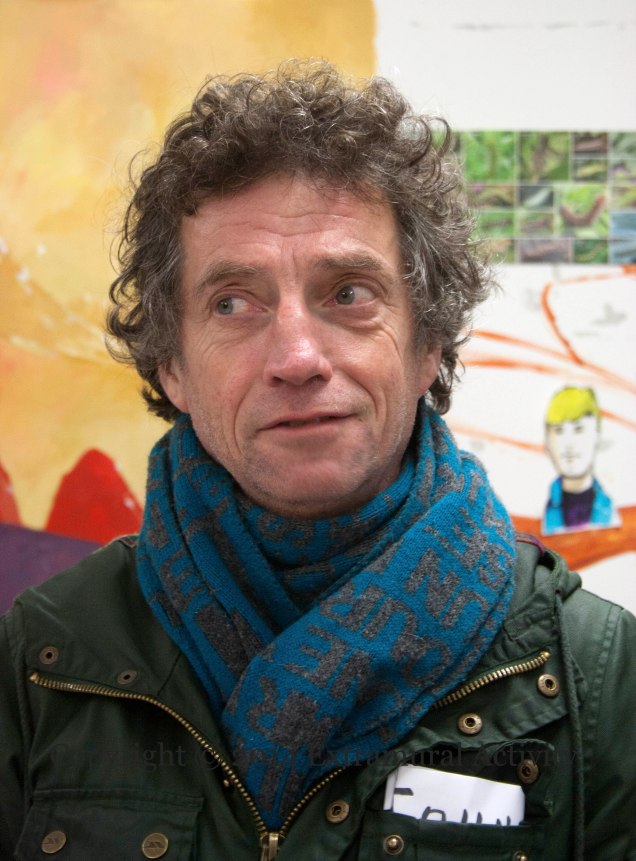