The yellow board in the foreground lists battles of the North Down Battalion in World War I (for a description of the battalion, see the previous 2017 post). Added to that since then is a large black-and-white board to the modern Ulster Volunteer Force and its divisions: Bangor, Donaghadee, Ballywalter, Newtownards, Millisle, and Portavogie. (It’s worth noting that although this is a board, the UVF emblem in the middle is depicted as having been painted on a brick wall, indicating a preference for old-school muraling.)
Below is a shot of the rest of the low wall, with Bangor Protestant Boys Flute Band (previously seen in 2017). Owenroe Drive, Bangor.
Click to enlarge (to 1500 x 2000)
Copyright © 2018 Extramural Activity
Camera Settings: f4.6, 1/160, ISO 80, full size 3672 x 4896 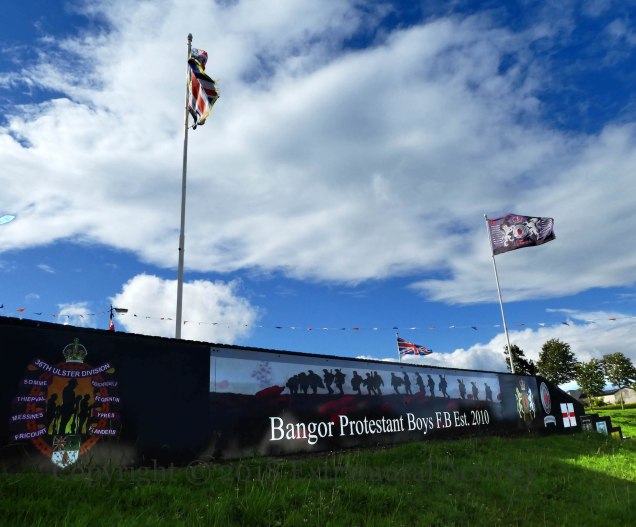